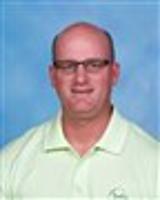 Coach mike Harrison is returning to coach with the East Coast Sox for his 4th season.

Coach Mike has coached many Sox playoff teams over his time with the program.  His faith and integrity make him the perfect Sox coach, as he uses these attributes to bless and grow Sox players on and off the field.

Michael enters his eight-season as the Briarcrest Varsity Pitching Coach and serves as an Athletic Academic Advisor and as an assistant Varsity Football Coach for the past 7years. He is a third-generation baseball coach with over 20 years of experience with 12 years of high school coaching.

Michael was born and raised in Memphis, TN, and played high school baseball at First Assembly Christian School. During his high school career, he was a two-time All-Metro and Regional Team,
District player of the year. He was forced to give up baseball due to an injury during the fall of his freshman year. Michael finished his Bachelor’s degree at the University of Memphis with a Major in Education and a Minor in Earth Science.

Michael is extremely excited about the opportunity to coach in the East Coast Sox organization. He has very high expectations for his athletes both in the classroom and on the field.

Michael and his wife Nina have been married for 11 years and have two incredible children, Branden (Current East Coast Sox Coach)  and Laney. His favorite verse is Colossians 3:23-24, “Whatever you do, work at it with all of your heart, as working for the Lord, not for human masters, since you know that you will receive an inheritance from the Lord as a reward. It is the Lord Christ you are serving.”