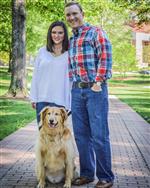 Coach Luke Hargett is returning to coach for the East Coast Sox for his 5th season.

Coach Hargett knows elite-level talent as he coaches at a premier, national high school program and the Sox in the summer.  His ability to see the best in every player shows his maturity as a coach.  When a player is down, Luke has the unique ability to get the player to believe in himself.

Coach is currently the Head Coach at Nettleton High School.  We are excited to watch the program grow under Luke's leadership.

Coach Luke Hargett was formely coaching at Madison Central High School for the elite Jaguar program out of Madison, MS, thatwas named #1 High School Baseball program in the country in 2021.

Luke played his collegiate baseball at Mississippi College where he was a right-hand pitcher for the Choctaws.  His best season came to his junior campaign where he became a prominent arm and he pitched his best season at the D2 level.