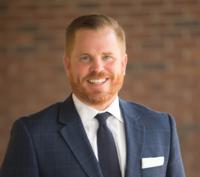 Coach Chuck Box is currently the Head Baseball Coach at Hartfield and his 23rd year overall as a head coach. The Columbus, MS native has put together a 646-288 career record. He comes to Hartfield from Jackson Prep. In 10 seasons at Prep, Coach Box’s teams won 283 games and sent 14 players to play college baseball. He spent eleven years as a college head coach at Freed-Hardeman University and Itawamba Community College compiling 363 wins. Coach Box, who has received 12 Coach of the Year Awards, has led teams to a TranSouth Conference Championship, a Mississippi Junior College State Championship, and six MPSA/MAIS State Titles.

In 2010, He was inducted into the Freed-Hardeman University Athletic Hall of Fame. He has coached 122 All Conference selections, six Clarion Ledger Dandy Dozens, twelve All-Americans, 30 All State honorees, and has had 12 players selected to play professional baseball. Coach Box graduated from Freed-Hardeman University in 1991. From there, he moved to Mississippi College where he served as an assistant coach. He has been married to the former Amanda Edwards of Hardin, Kentucky since 1990. They have three children Trey, Isabelle, and Hazel.