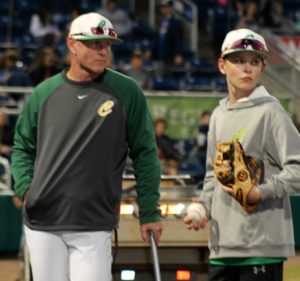 Coach Jak-y Kohr attended and graduated from Central Florida Community College and the University of West Florida where he played baseball. Coach began teaching in the Pensacola area upon graduation and has taught and coached for the last 24 years with the last 11 years he has been at Pensacola Catholic High School.

Jak-y has been part of a highly successful CHS Baseball program in has won 2 State Championships and 3 State Runner-Ups with being part of a coaching staff the was name National Champions in 2013. Coach Jak-y Kohr feels it has been a calling to be at Catholic High in helping shape young people’s faith and understand their relationship with God.

Coach Kohr has two children that both play baseball in which he has helped coach their teams throughout the years. He currently resides in Pensacola with both his sons Jackson and Brody.