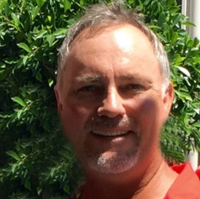 Coach Berry is returning to coach with the East Coast Sox for his 8th season.

For the 2022 campaign, coach Berry moves back into Head Coaching the 14u Scout team for the Sox.

Kevin Berry brings an amazing resume to East Coast  Sox.    Coach Berry has over 10 years of collegiate experience and over 15 years of coaching and instruction experience.  Kevin will manage pitchers developing over the summer by teaching them how to train, prepare, and compete on the mound.

Director Coach Caruso reflects, "Kevin was an amazing coach for me at the University of Alabama.  He helped transform my career both on and off the field.  He is a true blessing to have back in my life."

* -  Northwest Florida Coach of The Year

* -  11 Scholarships for players in two years as a Head Coach