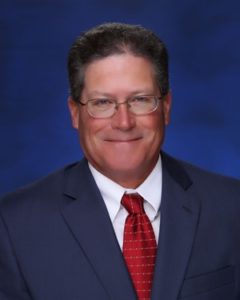 Coach Kevin Raley is returning to coach the East Coast Sox for his 2nd season.

Raley made a tremendous impact on Sox players, but also coaches, with his years of expertise and knowledge of the game.

Coach Raley currently has an overall 644-408 record. Coach Raley was named Baldwin County Coach of the Year (8 years), Wiregrass Coach of the Year (3 years), and was the 1996 Mobile Press-Register Coach of the Year. He coached the South Team in the East-West All-Star Game for 17 years and has served on the AHSAA Baseball Committee for the past 18 years. In 2020, Kevin was elected to the ALABCA Coaches Hall of Fame.

Coach Raley received his bachelor's degree with a double major in Social Studies and Physical Education from the University of South Alabama, where he also played baseball for Coach Steve Kittrell.

Coach Raley is married to the former Susan Kelly, and they have 3 children: Kelly Reyes, Benjamin Raley, and Kerri Raley. They have two granddaughters, Ryleigh (6) and Isabel (5 months)