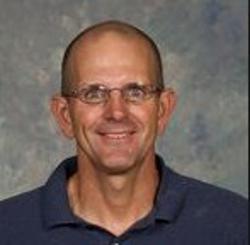 Lee Hall - Serves as 18u Head Coach and a Head Coach in the fall season.

Coach Lee Hall is currently the head baseball coach at Homewood High School in Birmingham, AL. His 26 years of experience is overwhelming. His passion is unmatched. His philosophy about life and baseball are inspiring.

Coach Hall’s passion for baseball started as a player at Berry High School (now Hoover HS) in Birmingham. Coach Hall went on to play at the collegiate level at Shelton State, Samford University and Auburn University at Montgomery. He earned his undergraduate from AUM and his master’s degree at Auburn.

Coach Hall began his coaching career as an assistant coach at Central Alabama Community College in Alexander City, Alabama under Larry Giangrosso, his high school coach at Berry. In 1991, Hall and Giangrosso started  the program from scratch and stayed nine years until 1999. Giangrosso was then hired at the University of Alabama Birmingham and he chose Coach Hall as his top assistant coach and recruiting coordinator.

It was the frequent traveling and lack of seeing his children grow up that caused Coach Hall to leave the college coaching ranks. Coach Hall entered the high school ranks in 2002 and has since coached at Shelby County (Birmingham) , Briarwood Christian (Birmingham) , Northpoint Christian (Olive Branch, MS), Northview (Dothan, AL)  and currently Randolph. His 2009 team at Briarwood Christian finished 5A state runner-up and finished with a school record 31 wins.

Coach Hall has been the guest speaker at many clinics including the Alabama Baseball Coaches Association State Convention, the Alabama High School Athletic Association Baseball Clinic and the Mississippi State Coaches Clinic in Jackson, MS.

Coach Hall has been married 20 years to his wonderful wife Leanne, and they have four  children. Carson (University of Memphis Baseball Member) and Josh (Ole Miss Signee) and former Sox players, Abby  and Jay Thomas.

One interesting fact about Coach Hall is that he holds the school record for the highest batting average (.515) in school history at Hoover High School. He is the only player in the history of the school (Berry/Hoover) to ever hit over .500.