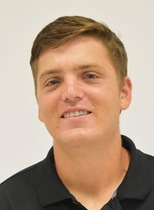 Tyler Milligan is in his first season as the pitching coach for the MDCC baseball program. He is no stranger to the Trojans program, however, as he served as a student assistant coach at MDCC in 2019.

The former right-handed pitcher spent the 2015 and 2016 seasons as a student-athlete in Moorhead, where was a highly-successful reliever at MDCC, compiling 36 appearances, including 21 as a sophomore and 15 as a freshman.

Milligan spent the 2017 and 2018 seasons as a member of the Delta State University pitching staff, where he helped lead the Statesmen to the 2017 Division II World Series.

Milligan, who graduated with a bachelor’s degree in health, physical education andrecreation, with an emphasis in sports management, resides in Moorhead.